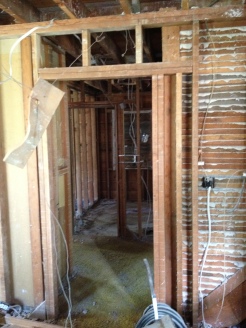 After the gutting of our main floor. 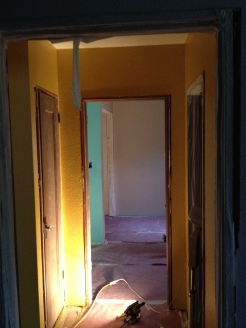 Looking into the spare bedroom 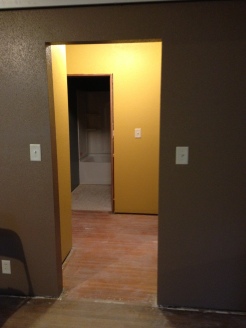 Cleaned up & ready for trim.

This is now the 2nd time I’ve painted the hallway. The above pictures are from when we gutted the entire main floor down to the studs after we bought the house almost 7 years ago. When I picked out paint colors the 1st time the style was darker colors and lots of different colors. That dark brown you see in the last picture was the main color for all the walls in the house and if it wasn’t that brown it was a different crazy color. See that bright aqua in the spare bedroom, yep, what was I thinking?!  But I guess at the time that was in. I did have a chevron comforter that matched it perfectly, so that’s probably why I chose it in the first place. Fast forward to 2018 after Chip and Joanna Gaines and their amazing show, Fixer Upper, ruled everyone and everything light and bright happened! You guys it looks so much bigger now! I absolutely love it. Hope you do too! 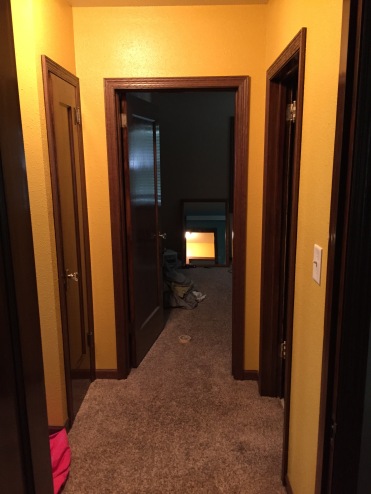 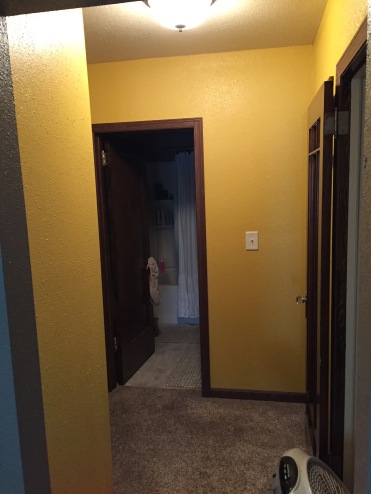 I saw this yellow in a friend’s bedroom during our renovation and thought I just had to have it too! In a small hallway to be precise. 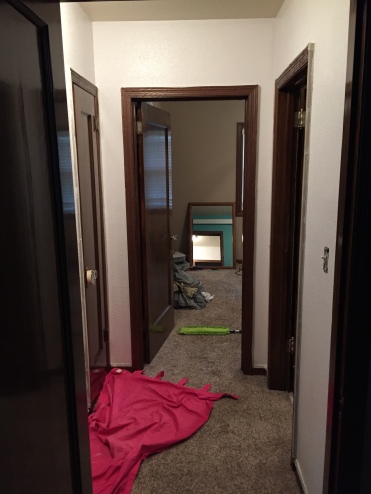 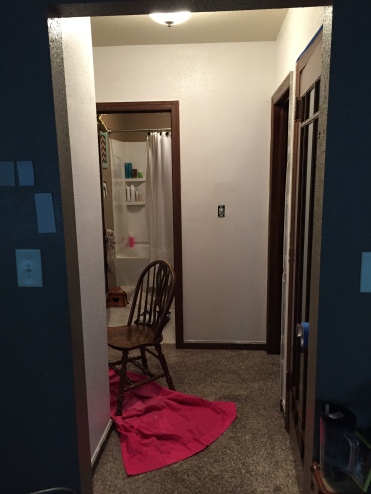 Doesn’t that look so much better?! I love it! I added some final touches and voila!! I do need to update some pictures to add Miss Lennon to the wall, I suppose. 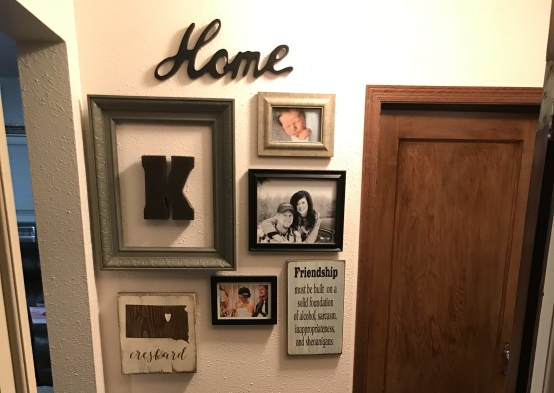 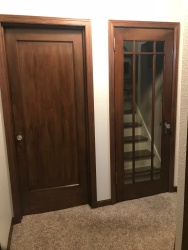 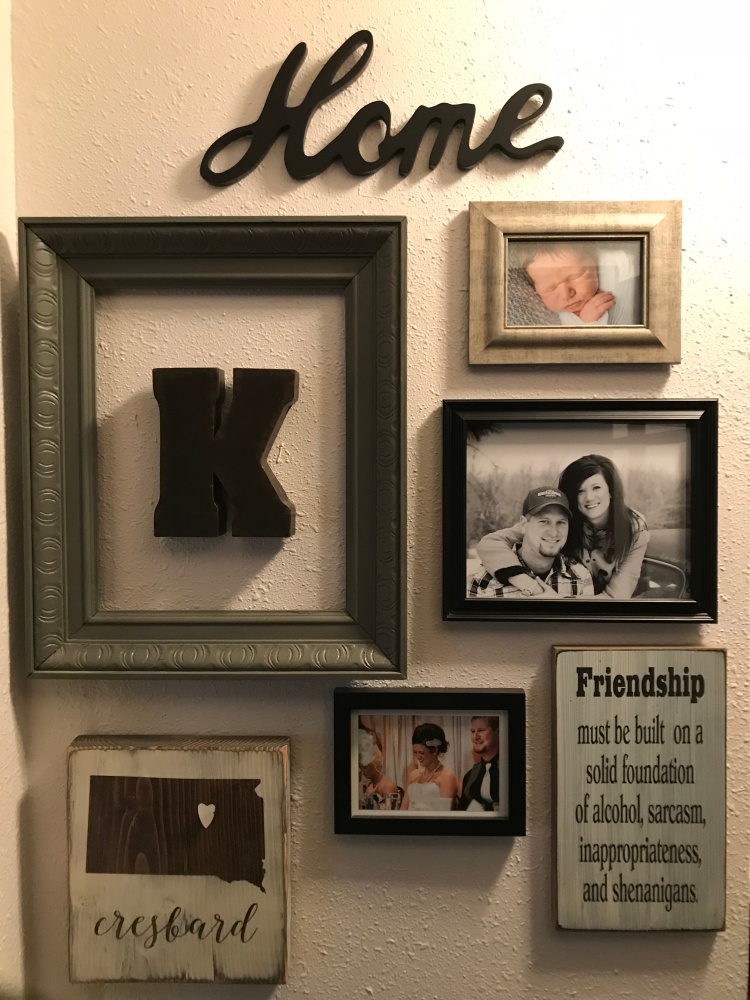 For the gallery wall I used a lot of items I had in other areas of my house so a lot of them are stuff I bought awhile ago but I did throw in a few new pieces and linked the ones I could find.

Married 10.4.14, Mommy to Briggs and lover of life, family, baby fashion, food and so much more! View more posts